Become a Member
The Executive Team 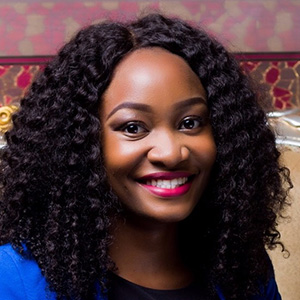 Dr. Nkechikwu Valerie Azinge-Egbiri is a Senior Lecturer in law at Lincoln University. 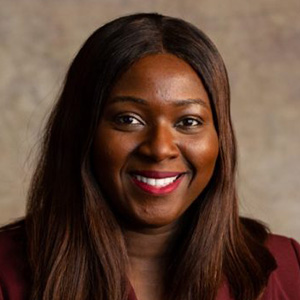 Dr. Folashade Adeyemo is a lecturer in banking law (Assistant Professor) at the University of Reading. 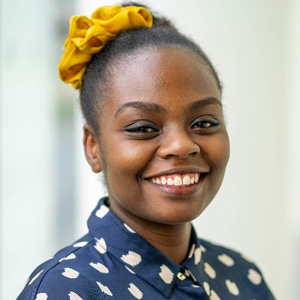 Dr. Lovina Otudor is a postgraduate researcher at the Institute of Advanced Legal Studies.

Called to the Nigerian Bar 17 years ago, Dr. Lovina Otudor had a brief feel of the private legal practise before moving to the Cross River State Ministry of Justice, Nigeria where she rose to the position of Deputy Director. Lovina Otudor holds a master's degree and a PhD from the Institute of the Advanced Legal Studies, University of London. Her research interest includes Corporate Governance, Financial Regulation, Financial Crime, Economic Law among others with a bias on developing economiesand the need for creating a conducive and level playing field on international regulatory matters. She was the editor-in-chief of the IALS Student Law while at the Institute of Advanced Legal Studies. She has been a guest lecturer at several UK universities and has published articles to her name. 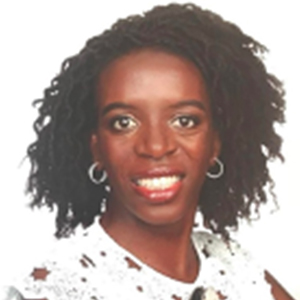 Luckystar Miyandazi is an International Tax Specialist, with experience working on policy research and political economy analysis. She is currently the Tax Inspectors Without Borders Project Specialist and Coordinator for Africa with the United Nations Development Programme (UNDP).Previously, she worked between Maastricht, the Netherlands, and Brussels, Belgium on international policy, including tax policy and political economy issues in Europe and Africa relations for a think tank. She has also worked as team lead in coordinating and managing pan-African campaigns and advocacy activities across more than 20 African countries on tax justice issues at ActionAid International and Tax Justice Network-Africa. Luckystar has completed a Master of Science (MSc) in Taxation from the University of Oxford, United Kingdom, where she was a Field Court Tax Chambers Scholar at the Oxford Law Faculty. She holds a master’s degree (Distinction) from the Università Cattolica del Sacro Cuore – ASERI in Milan, Italy. In 2020 she was listed as one of Tax COOP’s 35 Leaders of the Future in Taxation excellence, in recognition of her work as a promising young tax policy expert who passionately contributes to the advancement of taxation and tax justice.
Advisory Board 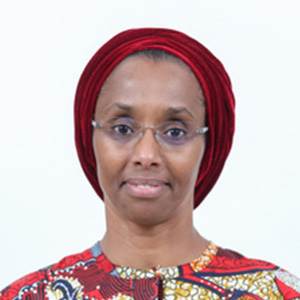 Ms. Souad Aden-Osman is the Executive Director for the Coalition for Dialogue on Africa (CoDA)

Ms. Souad Aden-Osman is the Executive Director for the Coalition for Dialogue on Africa (CoDA). She is also the Head of the secretariat of the African Union High-Level Panel on Illicit Financial Flows (IFFs) from Africa (HLP on IFFs). In this capacity, she serves as the Coordinator of the Consortium to Stem IFFs from Africa. Prior to her current roles, she was the Head of the Joint Secretariat Support Office (JSSO) for the African Union, African Development Bank and the United Nations Economic Commission for Africa. Ms. Aden-Osman served in the office of the Deputy Executive Secretary and Chief Economist of UNECA. In this role, she worked with the leadership of continental pan-African institutions that led the establishment of the African Climate Policy Center (ACPC) and the African Mineral Development Center (AMDC). Ms. Aden-Osman was part of several reform teams in the UN and directed the implementation of major institutional activities including the African Development Forum (ADF VII and ADF VIII). She recently coordinated the preparation and adoption by the AU Assembly of the Common African Position on Asset Recovery (CAPAR). Under her leadership, CoDA fostered the work of Afrexim Bank and the African Union Commission towards the establishment of the African Business Council (AfDC). Ms. Aden-Osman has more than two decades of varied senior titles within the United Nations system, Canadian government and several private sector institutions. Souad Aden-Osman is a Djiboutian-Canadian and holds an M.B.A (University of Ottawa).

Dr. Abdullahi Shehu, was, until recently, the Director-General of the Inter-Governmental Action Group against Money Laundering (GIABA), ECOWAS and is currently a Professor of Criminology at the National Open University of Nigeria. He has a distinguished career in combatting financial crimes across West Africa, most particularly in Nigeria where he was a Secretary of the Presidential Task Force on Financial Crime, and Special Adviser to the Head of State on Economic Affairs, Drugs and Financial Crimes. In these capacities, he represented Nigeria at bilateral and multilateral negotiations on Drugs and Financial Crimes Control, one of which initiated the establishment of GIABA. Professor Shehu has published numerous books and articles on anti-corruption and anti-money laundering regulation. He has consulted widely on these areas for many international organisations, including the Commonwealth Secretariat, Interpol and the United Nation Office of Drugs and Crime (UNODC). Recently, Professor Shehu was nominated a non-career ambassador by the Nigerian President. He has his degrees from the prestigious Ahmadu Bello University (ABU) Zaria, the University of Abuja and University of Hong Kong. 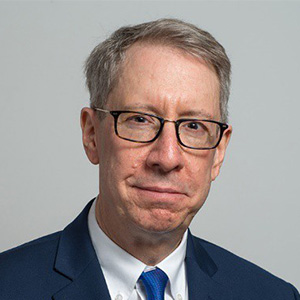 Ross S. Delston is an independent American attorney, expert witness, Certified Anti-Money Laundering Specialist (CAMS), and former U.S. banking regulator who has specialized in Anti-Money Laundering and Countering the Financing of Terrorism (AML/CFT) issues for over 20 years. Ross has participated in the monitorships for two financial institutions, AIG and BNP Paribas, and has been a consultant to the IMF on AML/CFT and banking matters since 1997. Ross has also been an expert witness in 15 civil cases, including on behalf of the U.S. Attorney’s Office (SDNY) in U.S. v. Prevezon, a civil forfeiture action involving the proceeds of massive Russian fraud. Previously, he was a Counsel, U.S. Export-Import Bank; Assistant General Counsel, FDIC; and Of Counsel, Jones Day. 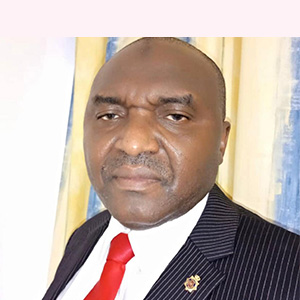 Mr. Mu’azu is the First Director of Research and Planning of Inter-governmental Action Group against Money Laundering (GIABA) in West Africa

Mr. Mu’azu UMARU is a Nigerian. He obtained his Bachelor’s and Master’s degree in Counselling from the University of Nigeria, Nsukka and University of Benin, Nigeria, in 1991 and 1995, respectively. He joined the Nigeria’s anti-narcotics outfit, the National Drug Law Enforcement Agency (NDLEA) in 1997, where he rose to become the Head of International Affairs and served as the Special Assistant to the Chairman/Chief Executive of the Agency. In 2009, he joined the Inter-governmental Action Group against Money Laundering (GIABA) in West Africa, a specialised institution of ECOWAS, as Law Enforcement Expert. In July 2011, he was appointed via recruitment as the first Director of Research and Planning of GIABA. While working in Nigeria, Mr Umaru represented his country at many international conferences organised by the Interpol and the United Nations and carried out a number of critical missions abroad for over a decade. He served for eight years (2001-2009) as the Head of Secretariat of the West African Joint Operations (WAJO), a counter-narcotics and counter money laundering law enforcement initiative, covering the whole of West Africa. At GIABA, Mr. Umaru has been playing critical roles in the management of the institution and the delivery of its various programmes and projects especially in the areas of research on money laundering and terrorist financing. Since 2009, he has been a regular participant in the tri-annual meetings of the Financial Action Task Force, the global standard-setter on anti-money laundering and countering the financing of terrorism and the proliferation of weapons of mass destruction, where he seats in the Risk, Trends and Methods Group and the Policy Development Group. He has supported ECOWAS countries in various ways to build and improve their national anti-money laundering and countering the financing of terrorism regimes, especially in the Areas of national AML/CFT strategies development and national risk assessment. He has supervised several reports on money laundering and terrorist financing for GIABA focusing on West Africa and contributing to several research projects of the Financial Action Task Force. He has been supervising the production of GIABA’s Annual Reports since 2010. Mr. Umaru is a 2004 Fellow of the International Visitors Leadership Program (IVLP) (US Department of State) focussed on combating international crime through global cooperation. He is also a 2009 Chevening Fellow (UK Foreign and Commonwealth Office) focussed on tackling international organised crime. He was a visiting Fellow at the New York University’s Centre on International Cooperation (June 2011). Mr. Umaru is married with children. Publications Over the years, Muazu has written and presented several papers on organised crime, drug trafficking, money laundering and terrorist financing – he has especially supervised the production of GIABA typologies studies and annual reports. For 10 years, he was closely involved with the work of the Commission on Narcotic Drugs, Interpol and the UNODC Nigeria Country Office. He has contributed to studies conducted by the FATF and other partners; as well as supported many under-graduate, non-graduate and post-graduate researches. 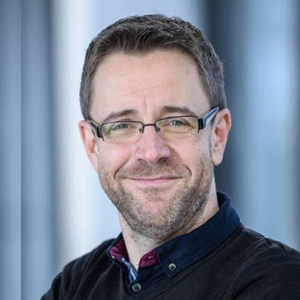 Prof Nic has a reputation for excellence in policy-oriented research in financial crime, Nic has played advisory roles both nationally and internationally